April 2015
Terezin Memeorial Museum, Terezin, The Czech Republic.
The art collection "Artists Messengers of Peace" is an assortment of art works revolving around the subject of the need for tolerance and understanding between nations. This art collection was founded by the late Deborah Fischer and Dr. Eli Fischer, her husband who was born in Karlovi-Vary and grew up in Israel from the age of three. The factory owners of "Dr. Fischer" decided to initiate an art and education project to demonstrate the danger of war and the constant need for peace and harmony amongst nations. The participating artists are from Israel and around the world.

The first part of the art collection was created following the signing of the peace treaty between Israel and Egypt in 1979. On the envelopes of peace that were issued by the Israel Postal Service to mark the historic event, the artists painted their feelings and hopes concerning the long-awaited peace. Via the art works each artist expressed his/her personal wishes and concerns regarding peace. After several years with the signing of the peace treaty with Jordan, several hundred designed envelopes were added to the collection; this time, the additions to the collection included both works by artists from Israel and from many countries around the world. The collection has been showcased throughout the world, at leading museums, and in a book published by the late Deborah and Dr. Eli Fischer - awarded to many leaders from across the globe.

The collection deals with issues relating to war and its aftermath. Many artists refer to the fragility of the peace treaties that were signed and the constant danger of a sudden change to the delicate situation and the return to the destruction and loss of thousands of lives. Other artists ignore the dangers and refer to emblems and motifs, the true builders of coexistence and cooperation among people. The collection includes hundreds of paintings on envelopes and over the years, the collection has expanded to include paintings and sculptures, of all styles and sizes, all of them pertaining to the subject matters of war and peace.

The new exhibition shown at the TerezinMemorialMuseum includes a representative group of the peace art collection.  Some are the works by artists that were rescued from the scenes of horror and by second generation Holocaust survivors; that their art relates to motifs and remains of the terrible war and the loss of so many lives. Clearly, there is an existential anxiety that may be related to the Holocaust that can be seen in the works of artists such as Sarah Atzmon, who was saved from the hell and decided to respond to the War by drawing what occurred during World War itself. Another artist Moshe Kupferman, also a Holocaust survivor, paints with an emotional abstract style, intertwining identification and pain to graphically describe the activity of the heart. Most of the artists are from the new generation of Israeli Jews who are not Holocaust survivors and who represent the building of a new and modern nation that longs for peace and coexistence amongst all people.

The Peace Art Collection includes works by Palestinian Arabs, which represent a substantial part of the Arab population in Israel. Sa´eed and Farid Abu Shakra, and Ibrahim Nubani present symbolism through their works; likewise there are Jewish Israelis artists whose works relate to the ongoing wars between Israel and some of the surrounding Arab countries. In particular, the placement of the works by Jewish Holocaust survivors alongside the works of Arab artists creates a feeling of reform, understanding, and opportunity in the face of all opposition. 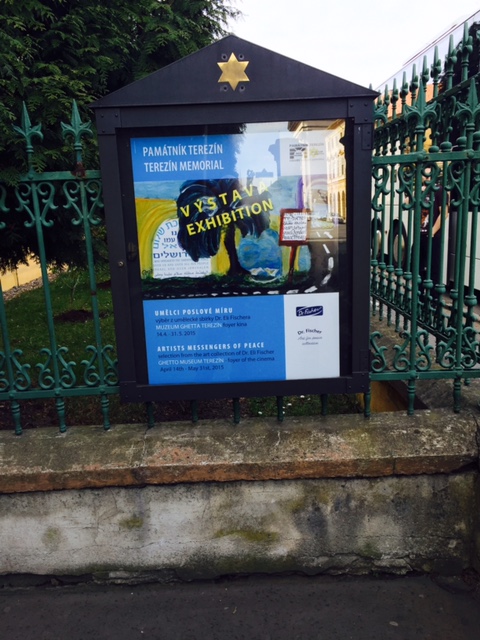