September 2018
The Artists´ House, Tel Aviv
In her creative process for the exhibition Dafna Moriya has entered the intermediate domain between imagination and reality, between awareness and unawareness. Although allusions to concrete images sometimes appear in her abstract paintings, the values at the heart of her study are the shapes and colors and their interrelationships. In the exhibition Moriya presents a series of abstract works in striking colors creating a world of movement and rhythm enabling the colorful element to integrate within it. In these works the artist forgoes painting images that parallel visible reality leaving only the most inner essence of the work apparent. The artist maintains that the abstract works displayed in the exhibition resemble one voice solo passages.

Moriya´s paintings are constructed in free rhythmic lines and colors imposed on the bare white canvas. The connections between adjoining sections balance the shapes with an equilibrium leading to a rhythm-weaving dialogue, which endow the works with a new look; they hold a riveting visual exchange between the soft exposed injured interior and the protected tough exterior. This dialogue reflects the arena of struggles between man and environment as well as the constant tussle shaping man´s relationship with self, with others and with the surroundings.The governing intuitiveness in Moriya´s works expressed in the exhibition creates the feeling that in her case intensiveness devours life spread over a range of emotions and subconscious phenomena. Despite their intensiveness they are endowed with much intimacy and express a wide range of human experiences. Moriya assumes the obligation to locate these emotions and express them in her artwork. As the accumulated experiences burst onto the canvas, everything appears to happen there concurrently and the separation between past, present and future becomes insignificant. The present, supposedly dominant now, surrenders at times to tremendous forces of the past, while the future appears in the space of the painting as an unknown world bearing hope.

Dafna Moriya is an active artist, a senior lecturer in the field of art therapy who established the Interdisciplinary Center for Art Based Research and change. She believes that art has the power to create a connection between the conscious and the unconscious and for this reason she cruises with patients, students and trainees through the depths of consciousness while striving to fathom the depths of the mind and experience. In her artwork, she examines the nonverbal force of creativity and encourages the viewer to remain within the metaphorical plain without translating the image into words. Enabling the elements of the painting to occur independently generates a play between the creation and the subsequent developments unfolding on the canvas. During the work process on the planned patterns, new elements suddenly emerging unplanned conquer areas in the painting and embellish the canvas with aesthetic colorful beauty, an expanse of time and a window to the mind. 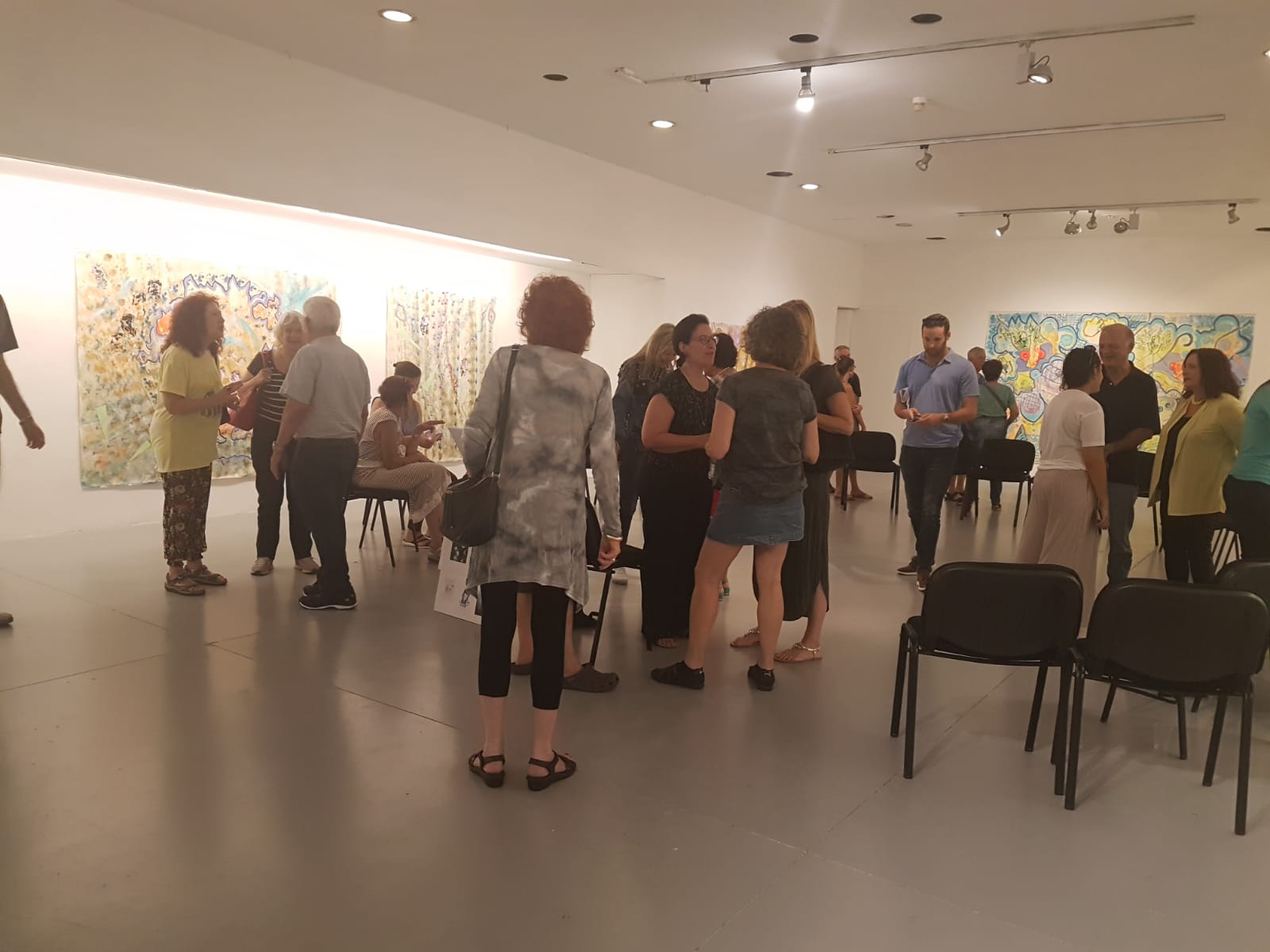 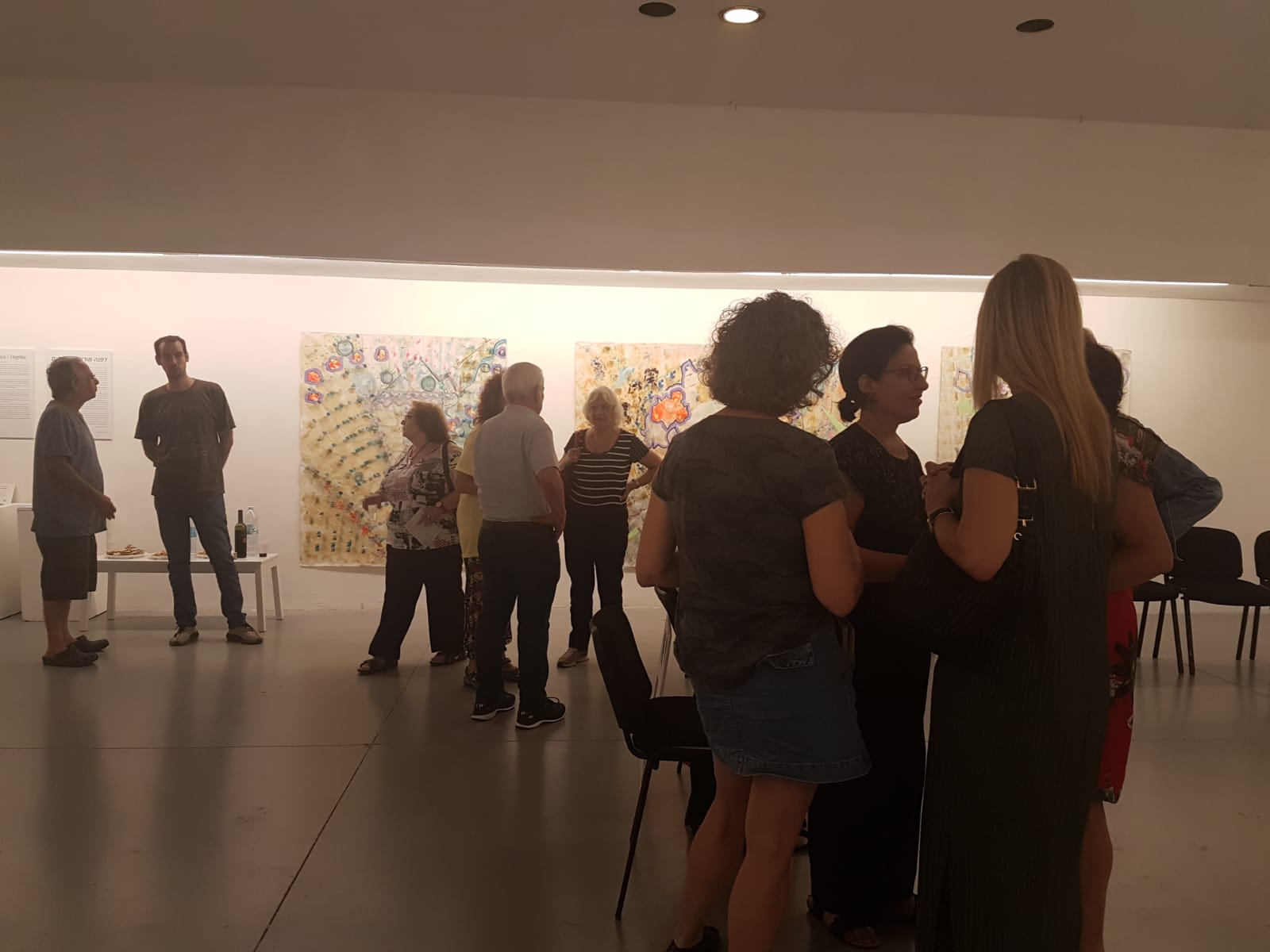